Discover 5 Famous Teachers Who Made a Difference 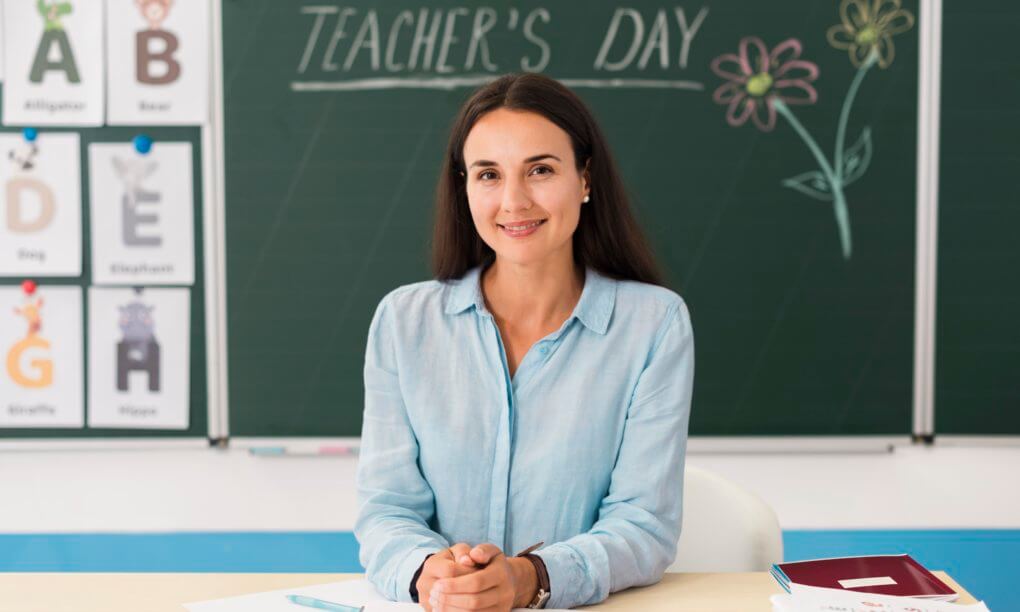 Can you think of any famous teachers and educators? Although these professionals often remain behind the scenes, their input deserves our attention. Many famous teachers stand behind multiple educational theories applied in modern schools, colleges, and qualification courses. They fought to make education an adjustable, democratic, and respectful environment, open for all learners. In this article, we’ll follow the professional path of five famous educators from different countries.

We should celebrate all teachers of the past and present on the upcoming World Teacher’s Day! Being a teacher, an educator, and a facilitator is an honorary profession that is often challenging but incredibly rewarding. Every teacher has contributed to our communities, and it is a pity we cannot talk in detail about each of them! Pestalozzi, Key, Montessori, Dewey, and Makarenko are just five out of a million outstanding examples of teachers whose ideas have altered how we study and what we know about learning. If today we take female education, inclusive learning environment, and learning through practice as self-evident methods for learning (or at least as the ideals we strive for), a century ago, these principles had not yet been introduced in the curricula of the US and European countries.

A Swiss writer, politician, thinker, but foremost—an educator, Johann Heinrich Pestalozzi ardently believed that every person has a right to education. Due to his innovative teaching techniques and his opening of schools for orphans and kids from low-income families, Pestalozzi contributed to overcoming illiteracy in Switzerland. The fundamental principles of his educational theory were a child-centered approach, compassion, and mutual help. Pestalozzi prohibited physical punishment at schools, which was a revolutionary achievement in the late eighteenth century’s learning system. Pestalozzi’s contribution to education is really great.

Johann Heinrich Pestalozzi held that mastery could be gained through learning and practice—in other words, that everything does not depend on inborn talents. In Pestalozzi’s schools, children were taught not by lecturing overcomplicated concepts that don’t have any connection to their everyday lives. Their activities in classrooms were very empirical—drawing, singing, modeling, etc. Through these creative experiences, children approached more complicated concepts and theories. This practical approach, combined with his deep compassion and respect for all human beings, made Pestalozzi the most outstanding educator of his century, whose ideas influenced the upcoming generations of famous teachers.

Pestalozzi’s method of teaching, romantic and empirical teaching theory, was shaped by Jean-Jacques Rousseau’s treatise Emile. Here, the celebrated French philosopher put forward a revolutionary educational approach based on principles of equality, collegiality, and democracy, which in response was much criticized by contemporary religious education. In his turn, the Swiss educator outlined his educational theory in a series of popular novels (e.g., How Gertrude Teaches her Children) and in a collection of approachable aphorisms called The Education of a Man. In the 21st century, his ideas might seem obvious. Still, these thoughts have influenced educational reforms of the past century and shaped modern pedagogy.

Ellen Key was a prominent Scandinavian intellectual, feminist, teacher, and writer. Although appearing on the margins of the history of pedagogy, her educational approaches were innovative for the period. In some respect, Key’s achievements and ideas created a fundament for the current Scandinavian educational systems. Originally from rural Sweden, Ellen Key always nourished a dream of affordable education for women. In The Century of the Child, Ellen highlighted the role of women in society and opted for state support for childcare and education.

What Ellen Key dreamt of was to bring up an individual who can imagine, reflect, and make independent judgments. In the Swedish schools of her era, none of these qualities were valued; moreover, access to school was restricted based on class and gender. Ellen opted for mixed education—boys and girls of all social standing studying together based on the principles of freedom, moderation, and equity. Her approach also promoted the integration of all subjects (today, we would call it ‘multidisciplinarity’) and disregarded grading as an unrealistic attempt to evaluate diligence and intellectual ability. Noteworthily, this question about grades raised in the 1900s is still heartily debated!

An entire educational approach bears the name of this Italian teacher! Before becoming a pedagogical trend-setter, Maria Montessori was the first woman to get her degree from the University of Rome Medical School. During her doctoral training, she worked with children with special needs—this experience is the root of the renowned Montessori method. Later, she oversaw several schools in Italy called Casa dei Bambini (Children’s Home), where Maria Montessori developed and practiced her child-centered approach, in which the studying of one’s senses, experimenting, and self-discipline play a crucial role.

Maria Montessori became one of the most famous school teachers, and the Montessori Method became well-known, and not only in Italy—it was praised worldwide and is still practiced today (you can check multiple books on this method). Nevertheless, it also received quite a bit of constructive criticism, even from the followers of another famous educator—John Dewey. The key to Maria Montessori’s approach is to look for the intrinsic motivations and interests of the individual student. In Montessori schools, there is no straightforward lecturing—learners are discovering new subjects through discussions and practice (doesn’t this sound like the college of our dreams?).

John Dewey remains one of the most renowned American educational theorists. He is also celebrated as one of the founders of functional psychology and the leader of the Progressive Education Movement built upon the principles of democracy and pragmatism. Throughout his career as an educator, researcher, and professor at the University of Chicago, Dewey authored multiple books and scientific articles on teaching and other related subjects.

His Experience and Education became incredibly influential. It covers the key features of Dewey’s approach: that learning should be understood as an interactive, responsible, and experiential process. Moreover, one should always relate new materials to previous knowledge and experiences—this is the key to memorizing things and making connections between concepts. Dewey formulated several educational principles that are still in active use in current educational programs:

At the same time, Dewey highlighted that there is more to schooling than acquiring specific skills for any purpose. The purpose of schooling, Dewey said, should also be the building of intellectual standing and morals needed for contributing to the common good. His most cited statement is that a school does not prepare for future life because a school should represent life as it is.

Anton Makarenko is a renowned Soviet educator whose pedagogical successes earned him global fame. Makarenko oversaw orphanages and youth colonies (the number of which sadly increased during and after the Russian Civil War), the most famous being the Gorky Colony. Despite these circumstances, he coined his signature pedagogy that helped those young men and women acquire the necessary skills, moral qualities, and stamina to overcome their disadvantageous position and become prominent specialists in various fields.

What was Makarenko’s educational theory about? He emphasized the role of socialization and peer pressure in the learning process. Essentially, the same approach informs quite familiar concepts, such as group work during a seminar, the making of a group project, or when a group presentation is assigned as homework.

Although successful with his pedagogy and one of the teachers who made a difference, Makarenko became an unwanted figure for the Stalinist regime and was withdrawn from his role. For the rest of his life, Makarenko devoted his time to writing novels and articles that would help his successful teaching methods influence educators worldwide. For example, The Road to Life offers a good summary of his teaching philosophy.

These are just five out of a cohort of educators and pedagogical theorists who shaped our contemporary education in kindergartens, schools, and colleges, five famous educators and their contributions. If you want to know more about other famous teachers today, have a look at this series about 100 influential theoreticians and practitioners in pedagogy published by the International Bureau of Education, run by UNESCO. You should also pay due respect to the teachers you’ve met in your life—the upcoming World Teacher’s Day is a good occasion for that!