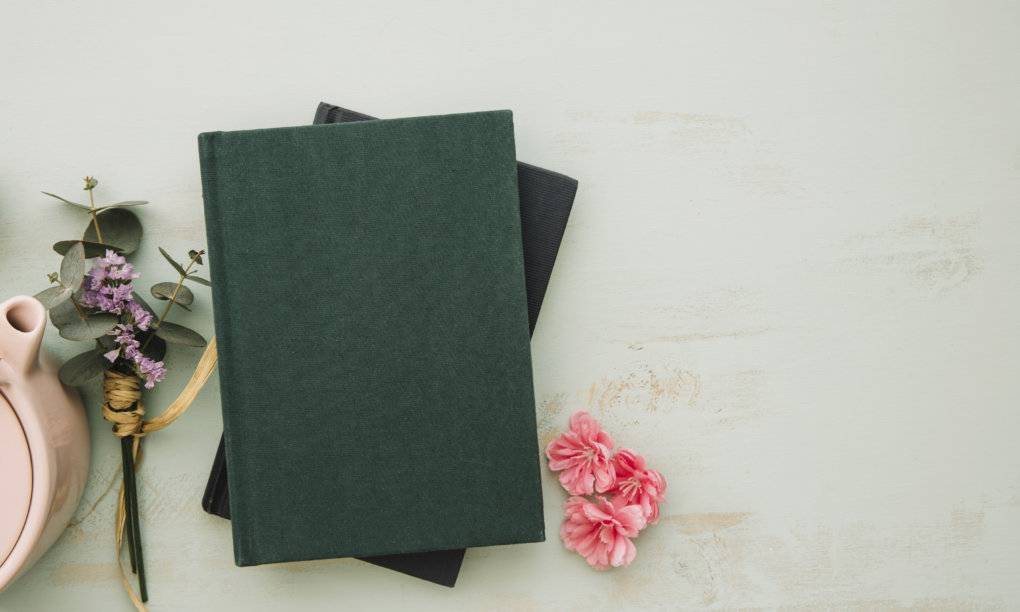 When you hear people talking about classic literature, have you ever wondered what they actually mean by this term? What is the classic book definition? Are these bestseller books that they are talking about? Or maybe books that were written a long time ago? We decided to clear this out for you here.

Classic books are books that have been accepted and are being referred to as exemplary and noteworthy in terms of their literary and social value to the world. Usually, this term is applied to Western canon literature but can equally refer to the Chinese classics and the Indian Vedas.

Now we will discuss what lets a particular book get enlisted in the classic literature list. This concern occupied many authors, from Italo Calvino to Mark Twain: they would seek responses in their essays to the questions like “Why should we read classical books?” and “What is the classics?” In the process of thinking, they arrived at the conclusion that classic books can be reinterpreted and renewed for the interests of generations of readers that succeed the times at which the book was written. This simply means that the problems raised in the best classic books are eternal, i.e., always suitable for societies of different stages of development and consciousness. The themes like relationships between people of different generations, between women and men, the search for the truth, and for life’s purpose occupied people at the very beginning of human civilization and continue to occupy the minds of our contemporaries. For example, if we take the extract from Italo Calvino’s essay “Why to Read the Classics,” we will find the following idea that he expressed about classic literature:

“A classic is a book that has never finished saying what it has to say.”

In terms of classic authors, their books evoke such emotions in people that they cannot stay indifferent. The questions asked by such writers help readers define themselves even if the reader finds themselves in dispute with the writer. Therefore, it is more of a personal choice, and each person can have his or her own library of classic books. However, it’s quite often that classical literature is not your cup of tea: then you will probably find recent non-fiction books much more fascinating.

The idea of “the classics” is important to society because it formulates the overall social and cultural backgrounds that people can refer to. So if you hear your grandfather expressing a high opinion about a certain book and advising you to read it, most likely it will be one of the best classic novels since he considers it worthy to be read by a person of a different generation with the opportunity to enrich your cultural background. You might also wonder where you can get these good classic books: you can get hard copies and paperbacks at BooksRun. If you have considered all pros and cons of e-books and prefer digital editions, some of the classics are easily available online.

In this article, we will have a look at the books generally regarded as good classic books and also at modern classics. It may sound a bit contradictory to combine “modern” and “classic” together, but in this case, it makes sense since it means the books that have earned wild acclaim and recognition quite recently, normally from the 1950s and beyond. These are the books that have stood the test of time and refer to the category “books to read before you die.” People today find it equally interesting to read about Homer’s Iliad as well as about racial segregation issues in this all-time American classic To Kill a Mockingbird. Below we prepared our BooksRun list of 10 best-selling classic books. We divided our list into the following subcategories to make the navigation for you as easy as possible:

One of the antique classic cornerstones, The Iliad—an ancient Greek epic poem—is set during the Trojan War and tells the story of the ten-year siege of the city of Troy. The story covers only a few weeks in the final year of the war and describes the battles and events during the time when King Agamemnon was in a quarrel with the warrior Achilles. This literary work is particularly precious because it mentions many of the Greek legends about the siege as well as prophecies for the future once the Trojan war will be over. The Iliad is often regarded as something of the sequel to the Odyssey.

Written by Plato around 380 BC, Republic concerns justice and order in Greek city-states. It is Plato’s most well-known work and one of the examples of the best classic literature, which has become one of the most influential works in philosophy and political theory. The book represents the dialogue of Socrates, who discusses with various Athenians the meaning of justice and the happiness of a just man.

Annals and Histories is a Roman literary masterpiece; Annals are written by the  Roman historian and senator Tacitus. It offers the history of the Roman Empire from the reign of Tiberius to the times of Nero in the years AD 14–68. This book represents the pinnacle of Roman historical writing. You will find it in various lists of the top 10 classic books.

Written by one of America’s best and most well-known authors, The Great Gatsby describes the events in the summer of 1922 that happen in the life of Jay Gatsby, a young millionaire with exotic habits. Through the main character’s obsession with the beautiful debutante Daisy Buchanan, the author explores such important themes as idealism, resistance to change and excess. It is one of the best literary portrayals of the society of the Roaring Twenties in America, often described as the American Dream, that is often recommended as one of the best classic books for adults.

Moby Dick, a classic literary work by the American writer Herman Melville, is also known under another name, “The Whale.” It is the story narrated by the sailor Ishmael about the obsessive quest of captain Ahab for revenge on the whale Moby Dick. After a previous voyage, Ahab was left with a prosthetic leg because Moby Dick bit off the captain’s leg. This book has been commonly known as the best example of a “Great American Novel” and is frequently featured in the list of top classic books.

Probably one of the longest novels ever written, War and Peace by the Russian classic author Leo Tolstoy has to be read by everyone at least once in one’s lifetime. It is regarded as a central work of world literature and one of the writer’s best literary achievements. It represents the chronicles of real historical events of the French invasion of Russia and how it impacted the Tsarist society.

To Kill a Mockingbird

Consistently listed among the New York Times bestsellers and a piece of modern library classics, To Kill a Mockingbird is the prime example of all American classics. The novel was published in 1960 and introduced the author to the plead of best-selling authors of all time immediately. The book became an instant success, and more than 50 years later, it is being studied in high and middle schools all over the United States. This novel won the Pulitzer Prize and is based on the observations of Harper Lee’s own family and her neighbors near her hometown of Monroeville in Alabama when she was 10 years old.

The novel is full of warmth and humor despite the complex subjects that are raised in the book—the problems of rape and racial inequality. Atticus Finch, the father of the narrator, has been proclaimed as a model of integrity and a moral hero by many readers.

“In the twentieth century, To Kill a Mockingbird is probably the most widely read book dealing with race in America, and its protagonist, Atticus Finch, the most enduring fictional image of racial heroism.”

Racial injustice is the leading theme of this classic novel, but the author questions with equal intensity the status quo of the issues of class, courage, and gender roles as they were traditionally regarded in the American Deep South. The book teaches lessons of tolerance and removing prejudices from our lives. It is no surprise that the book is always in the reading lists like “100 books everyone should read” and “Classic books everyone should read”. In 2006 the book was rated by British librarians ahead of the Bible as the one “to read before you die”.

One of the best movies of all time is the successful adaptation of this classic novel starring legendary Gregory Peck. It is the most important movie in his career, and he plays the moral role figure—Atticus Finch. Take a look at how he became completely immersed in his role in this closing argument’s speech:

Catcher in the Rye

Another great classic bestseller listed among various top 10 modern classics, The Catcher in the Rye was partially published in serial form in 1945 and as a complete novel in 1951. This classic book was originally published for adults but, over the years, became one of the main classic books for teen readers. The themes raised in the book concern angst, alienation, and superficiality in society which have always been important topics to reflect on. Other topics discussed on the pages of this all-time classics are the issues of innocence, identity, loss, and connection. The book survived numerous publications, and around one million copies are sold each year. Holden Caulfield, the novel’s protagonist, has become a widely referenced role model for teenage rebellion.

Fahrenheit 451, a dystopian novel by one of the best authors of all time—Ray Bradbury—occupies an important place in American classical literature and is often featured next to other famous classic books. It is often regarded as the best novel written by this author. It projects a future American society where books become illegal and get burnt by “firemen.” This explains the title of the book since the book paper burns at a temperature of 451 Fahrenheit. Guy Montag, the leading character in the book, works as a fireman who gradually becomes disillusioned with his censorship role. He does not want to destroy knowledge anymore; he decides to quit his job and commit himself to the preservation of literary heritage.

On the Road is one of the best books of all time that was written relatively recently—in the mid-20th century. NY Times bestseller list’s favorite is based on the travels of Jack Kerouac and his friends across the United States. It opened a new literary genre—one of the Beat and Counterculture Generations. The protagonists of these literary works live their life on the edge with a backdrop of jazz, poetry, and drug use. This book is written as a roman à clef with many real key figures from the Beat movements hiding behind the fictional names of the book’s characters, including Jack Kerouac himself, who is called the narrator Sal Paradise. There is a recent film adaptation made in 2012 that successfully combines the magical atmosphere of this star among the top classic books of all time with the performance of talented actors, including Sam Riley and Kristen Stewart.